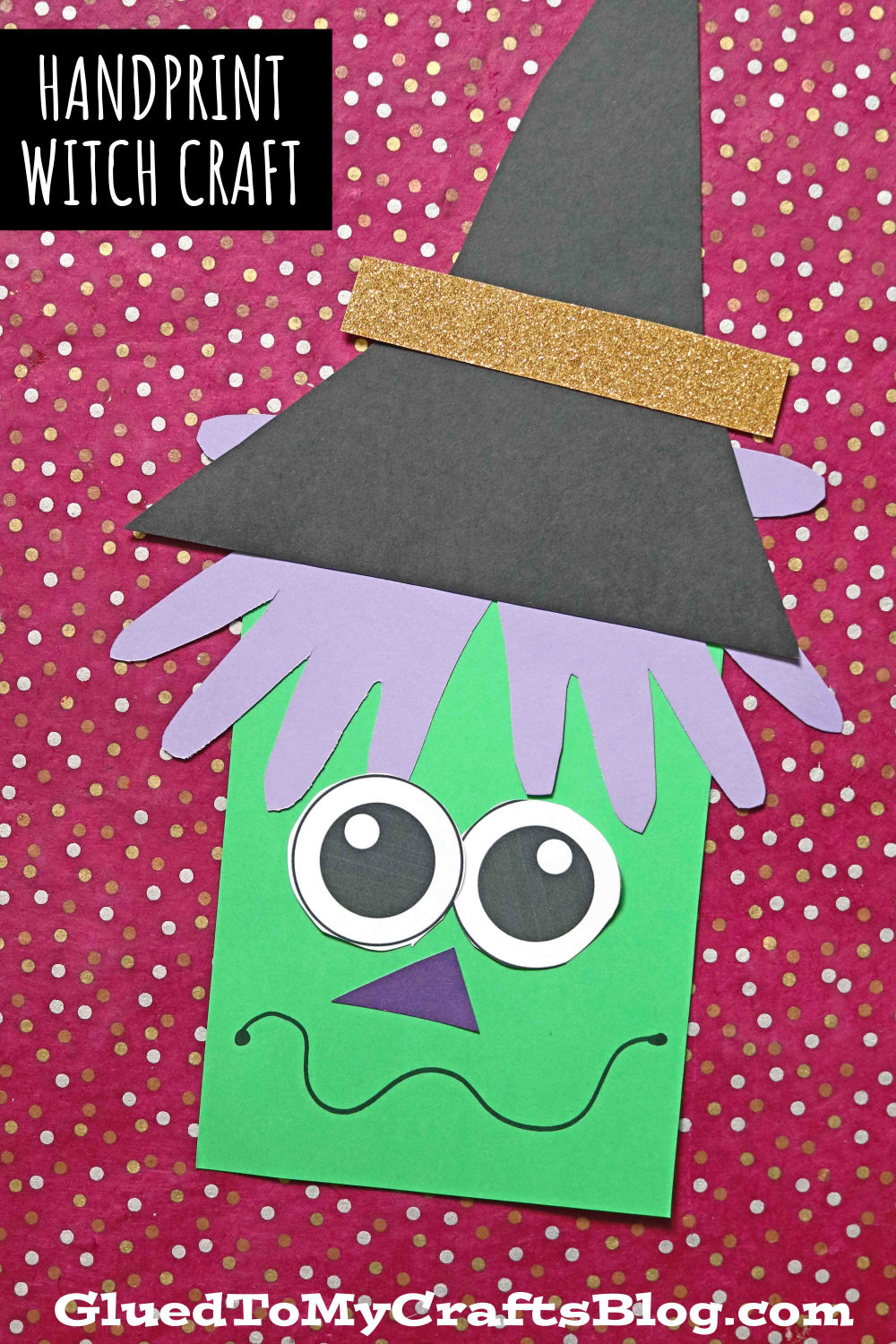 Today’s Paper Handprint Witch kid craft tutorial is a BEWITCHING keepsake idea that doubles as awesome Halloween decor as well!!! You could even turn it into a card if you like!

With this simple DIY activity, you and your child can conjure up a wicked good time that is sure to be remembered for years to come!!!

It’s super easy, really inexpensive and fun for ALL ages! Just cast a spell with some green cardstock, glue and orange craft yarn!!!

Happy crafting this upcoming SPOOK-TACULAR holiday, my friends!!! If you don’t mind, I would love to see pictures of your child’s paper handprint witch creation on our Facebook page! #gluedtomycrafts You can also do this witch keepsake craft in a smaller scale as well. Just cut out a single paper handprint and build it from there! We used craft yarn for her hair in ours.

Are you by chance looking for even more fun Halloween kids craft ideas from us? Then be sure to check out these past posts, listed below, for even MORE spooky craft inspiration from Glued To My Crafts! All of which would pair nicely with today’s unique paper handprint witch kid craft idea – hint hint!