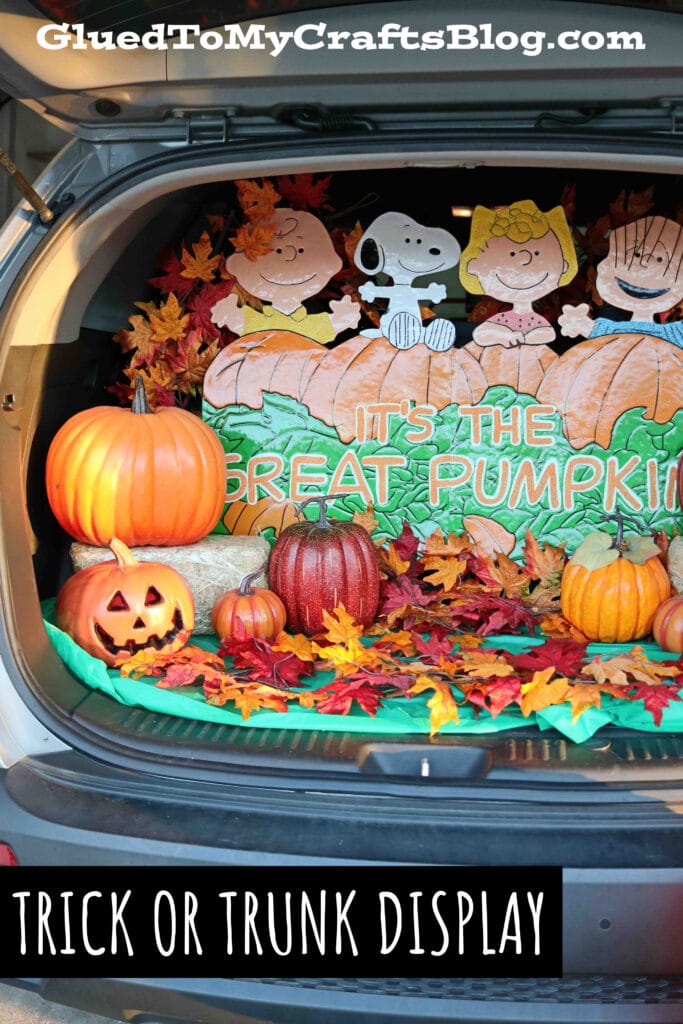 I “know” there are a lot of awesome crafters out there that can pretty much DIY anything they see or hear. But me? Outside of the kids craft realm and Glued To My Crafts, I’m the crafter that will look at something in the store, know I can make it myself for cheaper but will still end up spending the money on the premade version, just to save myself some time. I would much rather take the easy road out and send my energy elsewhere. Sorry, not sorry! 🙂 This is why I say our tutorials are the easiest because I don’t play around with the hard stuff!

WE LOVE SNOOPY ON GLUED TO MY CRAFTS! CHECK OUT OUR —> Paper Plate Snoopy Tutorial 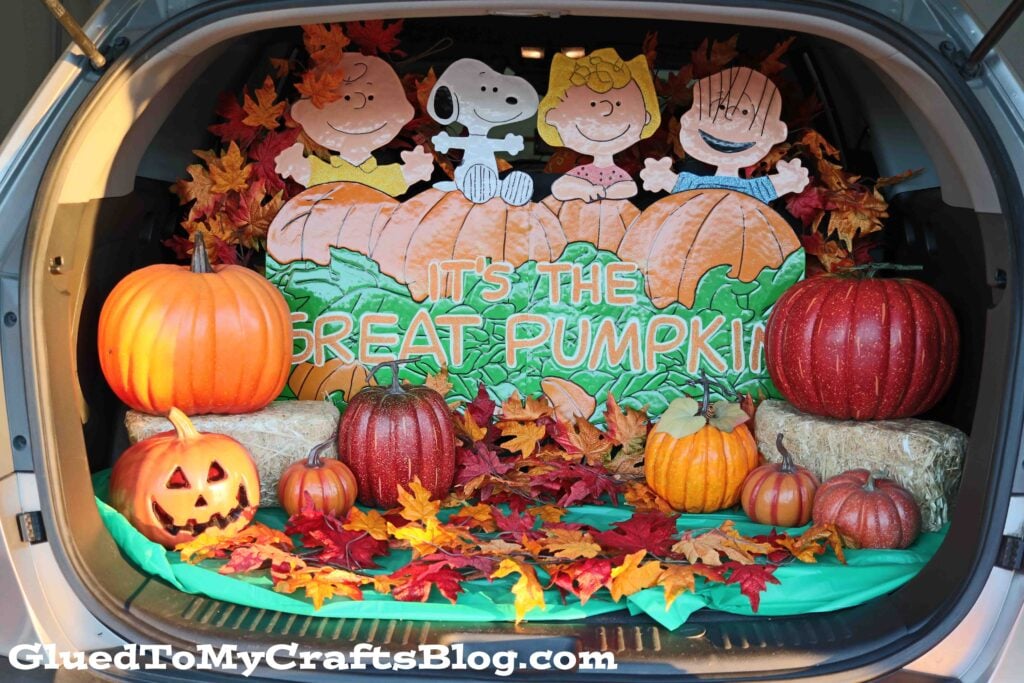 You can buy it HERE ON AMAZON. Yes, it’s a little pricey for a “metal sign” but seriously, I would do it over and over again.

I originally had plans to buy two larger hay barrels for my display {note to self – if you want to buy hay barrels for Halloween, buy them in August when they first come out, otherwise they will be completely sold out three weeks before hand.} Although I ran into this slight snag of not getting the size I originally wanted at first, it actually worked out in my favor to find the smaller ones in the floral department of Hobby Lobby. I have to say that the smaller ones didn’t overwhelm my display at all and the big ones probably would have. It totally worked out PERFECTLY in my favor and I spent less money too. 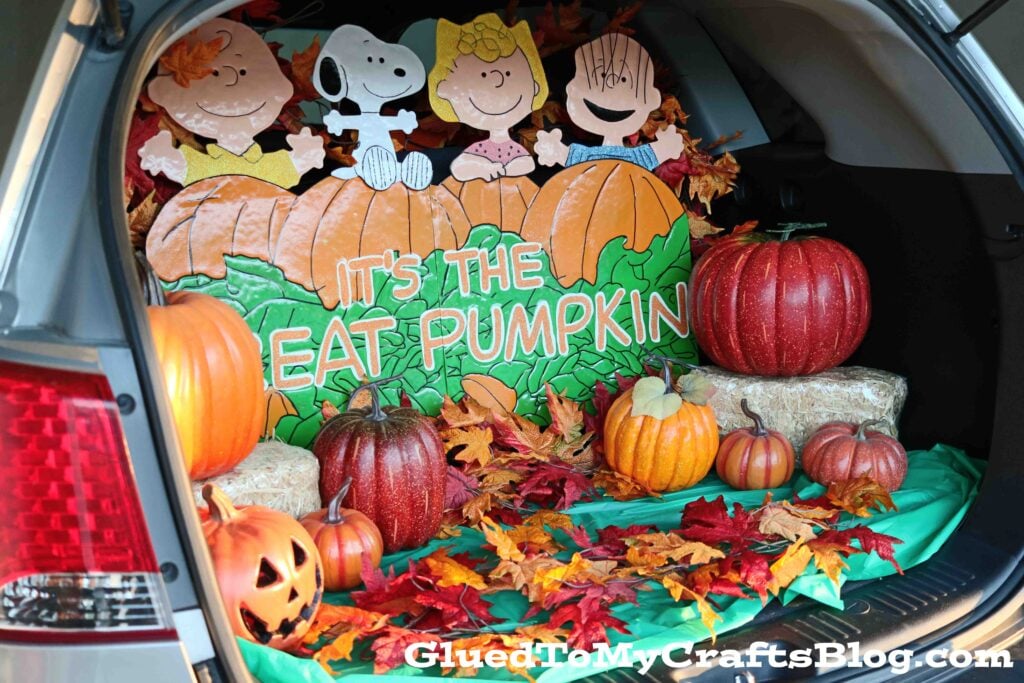 DON’T CLICK AWAY! CHECK OUT OUR —> Paper Hay Truck

And that wraps up this The Great Pumpkin trick or trunk post!

Everything I listed above is what I used and what people saw that day {besides the candy – that is!}

DO YOU LOVE THE PEANUT GANG? CHECK OUT OUR —> Popsicle Stick Charlie Brown & Snoopy

Pom Pom Painted Pumpkin Cupcake
It's just a matter of pulling out a few supplies and "baking" up your own paper pumpkin cupcake creations on the kitchen table.
READ MORE