Today’s “Crinkle Paper Scarecrow” toddler friendly craft idea is something that is NOT going to get you stress out this autumn season! I can promise you that! It’s not scary at all!

Using just a simple sandwich baggie and some crunchy crinkle paper found at Dollar Tree, you can pull together this DIY with your child, within minutes! 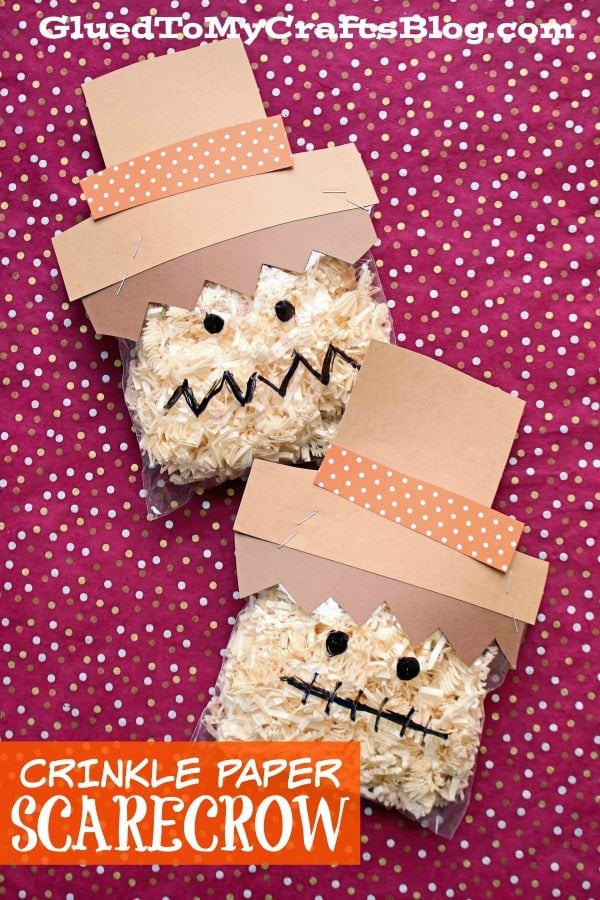 At Glued To My Crafts we absolutely LOVE the thought of a cheap craft idea. Especially when it comes to doing arts and crafts projects right before we head into those expensive holidays {you probably already have your Christmas budget on your mind at this point!}

Speaking from experience, I know first hand that spending tons of money on a kid craft idea is overrated. Yes you love what they create but most likely it goes straight into the trash shortly after. Plus if it involves a lot of steps or help from parents – forget about it! I’m out!

So what if you told you that today’s crinkle paper scarecrow craft idea is NEARLY on the free spectrum AND it only has about THREE easy steps to it. Would that get you excited?! Plus it’s great for Halloween and/or a harvest party you might be hosting in the coming days!

Many of us already have sandwich bags in our pantry right now {especially with back to school season and with one quick trip to the dollar store for some crinkle paper {aka – the hay of the craft} you will be well on your way to pulling this idea together in no time. Just stuff the bag and customize!

So my dear friends, why not up-cycle that “messy” paper and make some #cutenotscary scarecrows instead?! I’m plugging this as toddler friendly craft {because it’s really easy for their little hands} but older kids would probably enjoy this idea as well! Plus you can customize them and make them have your own personality by just changing up the colors!

Find all the crafty details below! Happy crafting my friends and may your FALL be extra creative with the help of us!!! #gluedtomycrafts 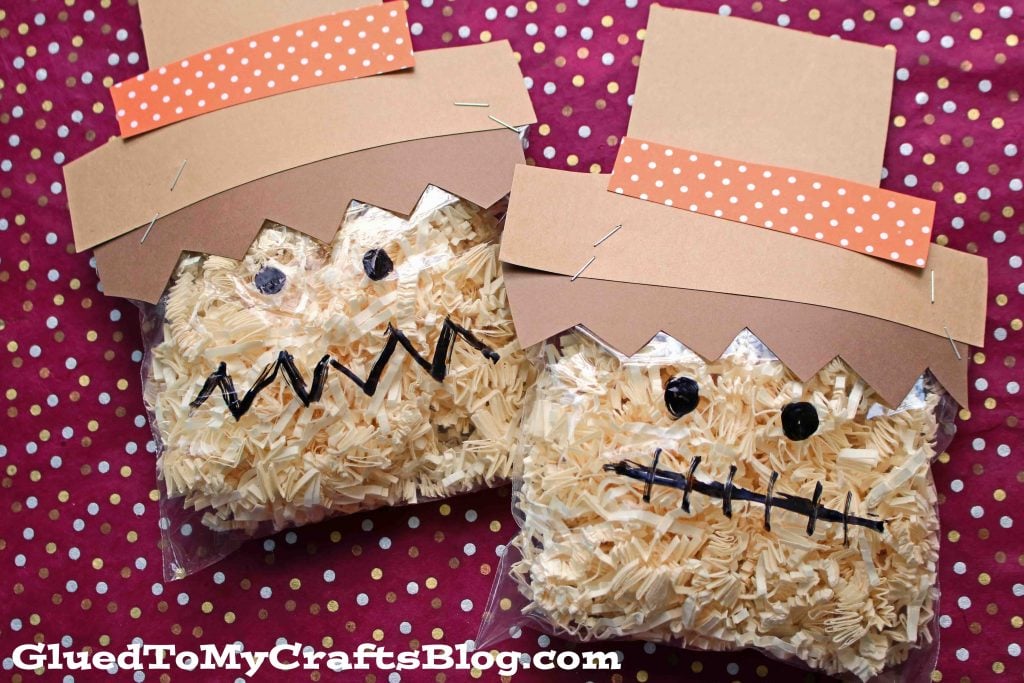 Make it your own – instead of crinkle paper, send kids outside to pick up “crunchy leaves” to fill up their bag instead! 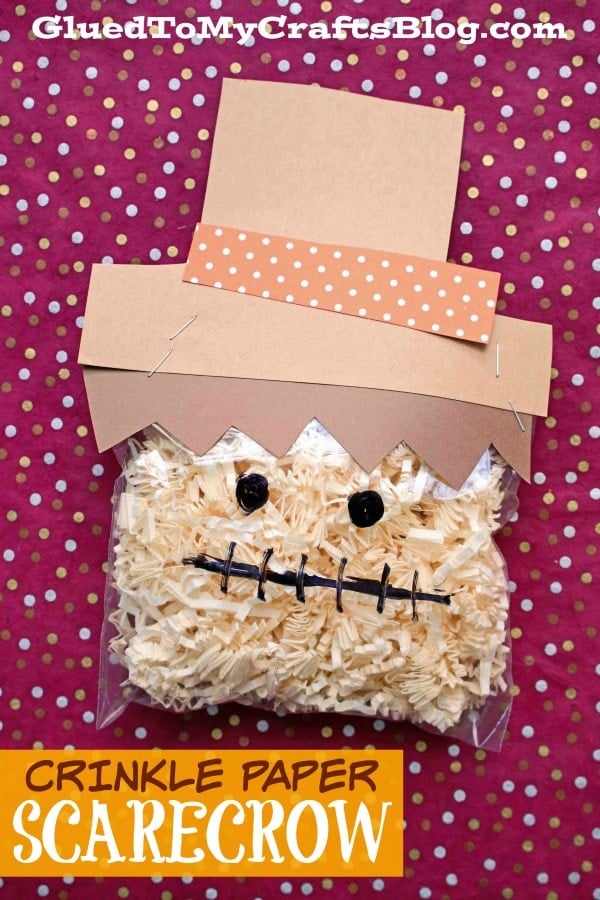