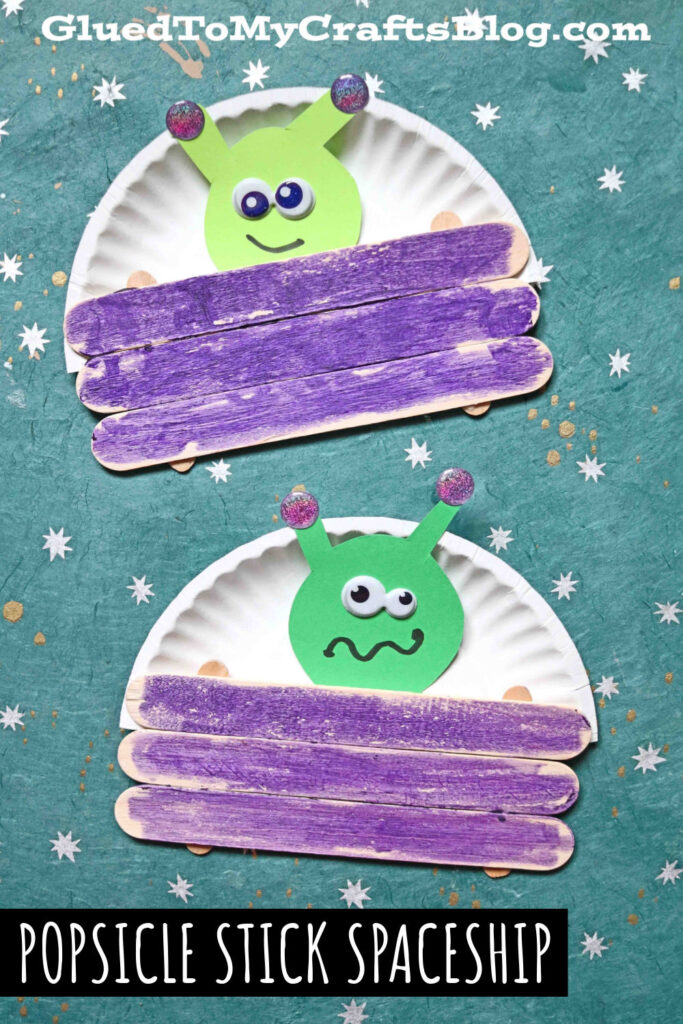 Outer space adventure awaits! Just open the door, step outside and let the fun begin {or in our case – grab those craft supplies and clear off the kitchen table for some crafty fun!}

Inspired by my son and a book titled “There Was An Old Martian That Swallowed The Moon” – today I present to YOU our Popsicle Stick Alien Spaceship kid craft idea!

Join the old Martian as he swallows the moon, a comet, a rover, and more! Then he blasts off in his spaceship—beep, beep, ZOOM! Zany illustrations show the alien’s belly growing and growing as he eats his way through the galaxy. But what happens when the Martian gets to the sun? Jennifer Ward’s silly text and Steve Gray’s lively artwork take readers “out of this world” in this fun adaptation of the popular song.

So what are we waiting for? Don’t precious waste time! Grab those craft supplies and follow the simple step-by-step tutorial below! Don’t forget to read the book afterwards as well! 1-2-3-blastoff!

Happy crafting {and reading} my friends! Be sure to FOLLOW US ON FACEBOOK so you never miss a new tutorial from us! #gluedtomycrafts

PAIR YOUR SPACESHIP CRAFT WITH —> Out of this World Crinkle Paper Alien Craft For Kids! 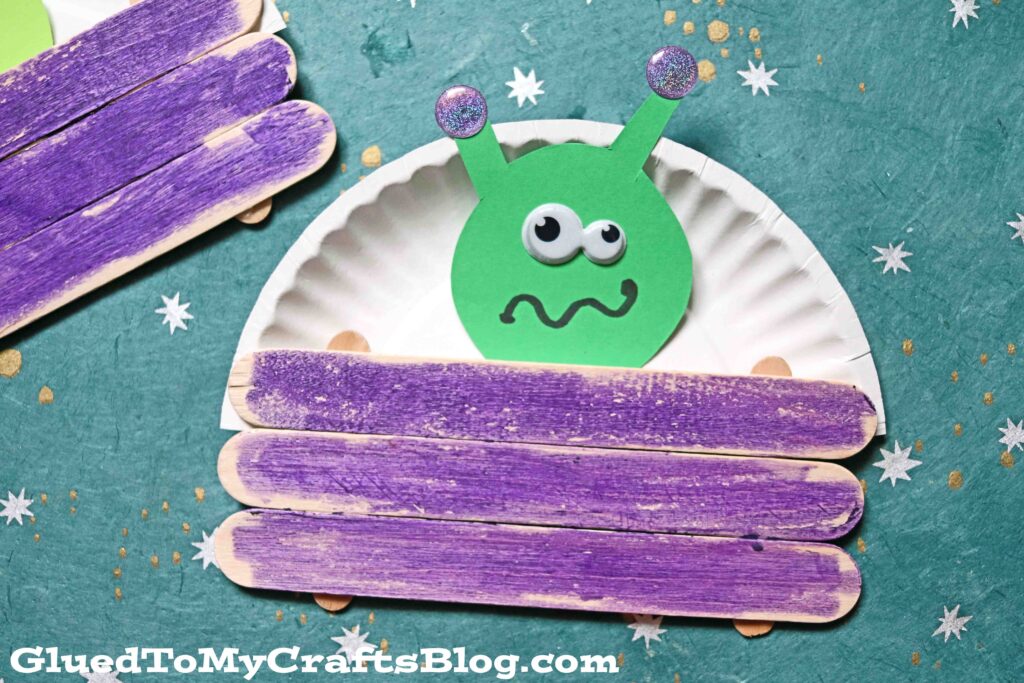 * First you will want to assemble the base of the ship with the popsicle sticks. Lay three jumbo popsicle sticks next to each other and glue the two mini popsicle sticks the opposite direction, to create a fence.
* Repeat for each spaceship craft you want to make today.
* Set aside to let it dry.
* Now grab your craft paint and paint your popsicle stick piece however you like.
* Set aside again, to let it dry completely.
* Next grab your paper plate and cardstock.
* Cut your paper plate in half. Reserve one half for today’s craft and save the other for a rainy day.
* From the cardstock, cut out an alien shape.
* Go ahead and glue the wiggle eyes on for him to see.
* To finish the Popsicle Stick Alien Spaceship, glue your alien cutout to the back of the popsicle stick shape, followed with the paper plate half.
* Then add other embellishments you see fit before displaying proudly! 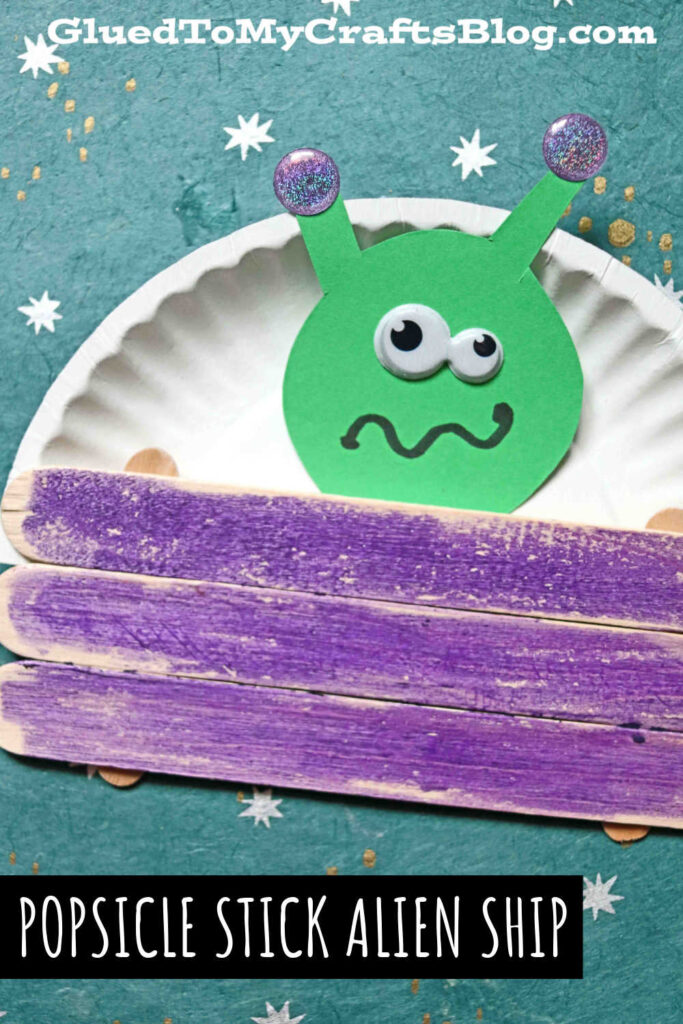 We’ve gone to great lengths to bring you the BEST kid craft tutorials! Please check out our Paper Plate Alien post for another “space” themed idea!