Inspired by own life, a children’s book and my love of SQUIRRELS, today I present to you our Cupcake Liner Squirrel Kid Craft idea!

It combines ALL of my favorite things into one great craft idea! #gluedtomycrafts 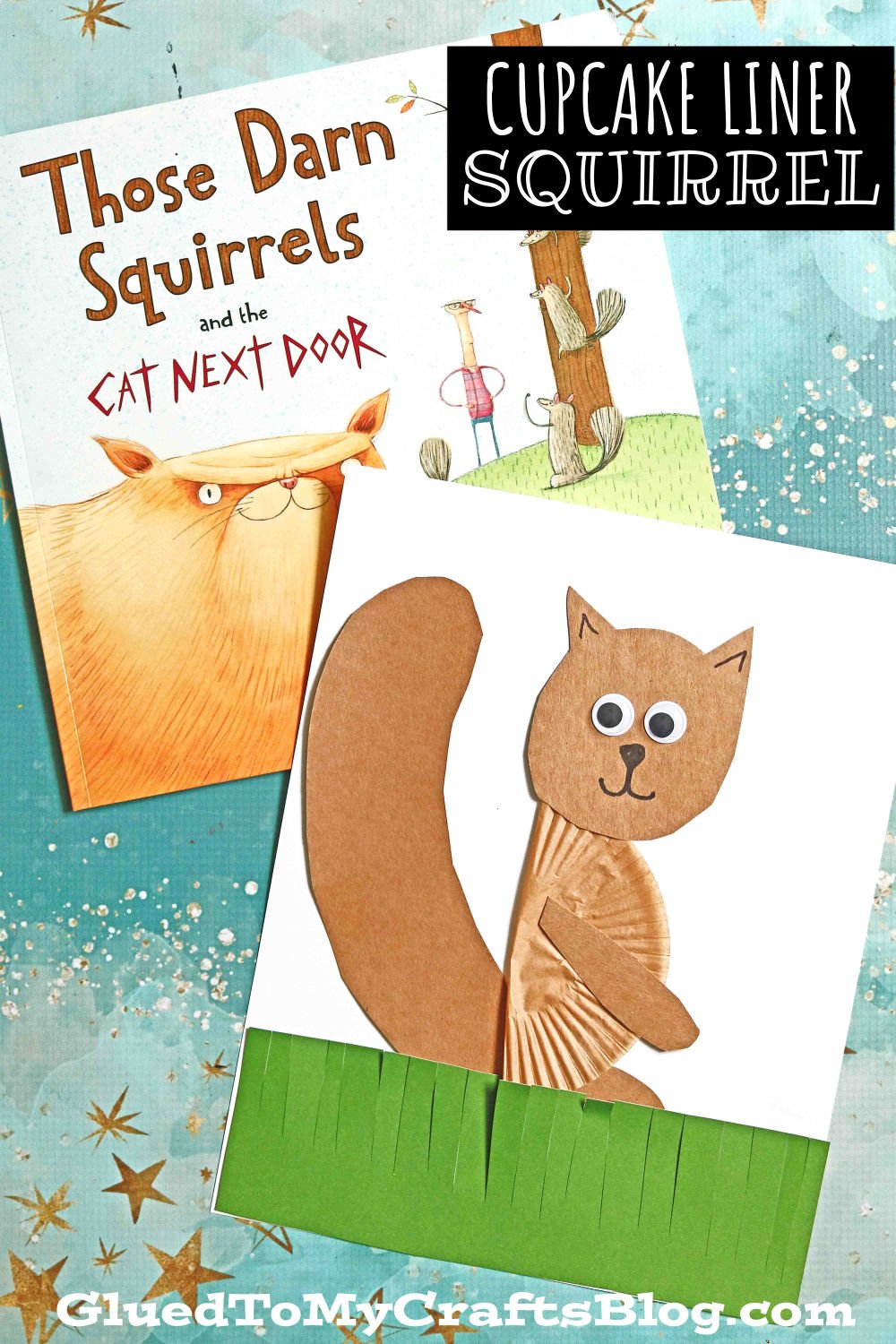 Back in Wyoming, I was known as the girl who fed the squirrels.

Ok – maybe it was just a few friends {more like close family and my husband} who knew.

Some people like to watch birds, while I like to watch squirrels. Wherever we happened to live, I made an effort to provide fresh corn cobs and nutty bird seed. It was just neat and relaxing to watch them out our large front window with a hot cup of coffee in hand. Simple relaxing for me.

But of course since it became such a routine to feed them, whenever I lacked with my duties, I swear the squirrels would get revenge. From things mysteriously disappearing off our front porch, to them making themselves homey in our garage – there were at times of chaos and lots of fist shaking at them.

The story of what happens when a grumpy old man and some mischievous squirrels match wits—with hilarious results.
Old Man Fookwire is a grump who only likes to paint pictures of birds that visit his backyard. The problem is, they fly south every winter, leaving him sad and lonely. So he decides to get them to stay by putting up beautiful birdfeeders filled with seeds and berries. Unfortunately, the squirrels like the treats, too, and make a daring raid on the feeders. The conflict escalates—until the birds depart (as usual), and the squirrels come up with a plan that charms the old grump.

Perfect for story time and a fall craft activity – I hope it inspires you! Find all the crafty details below for this cupcake liner squirrel art project idea!

Happy crafting my friends! Don’t forget to share pictures of your paper squirrel creations with us on our Facebook page! I can’t wait to see your muffin cup squirrel on paper! #gluedtomycrafts

* First things first – grab your TAN cupcake liner.
* Go ahead and flatten it out with your hands and then fold it in half for the squirrel’s body.
* Using the glue stick, glue your folded tan cupcake liner to the center of your white cardstock. It may take some extra effort but it’s super easy for kids to do.
* Once the cupcake liners is down, grab your brown cardstock and trim out a head, feet/arm and bushy tail for the squirrel.
* At this point in time you should also cut out some grass from the green cardstock paper, so the squirrel has somewhere to sit.
* To finish off the Cupcake Liner Squirrel – have children glue down their cardstock pieces in their designated spots, along with the wiggle eyes.
* Use the black marker to draw on a face.
* At this point in time, they can add other embellishments they see fit before displaying proudly!!! 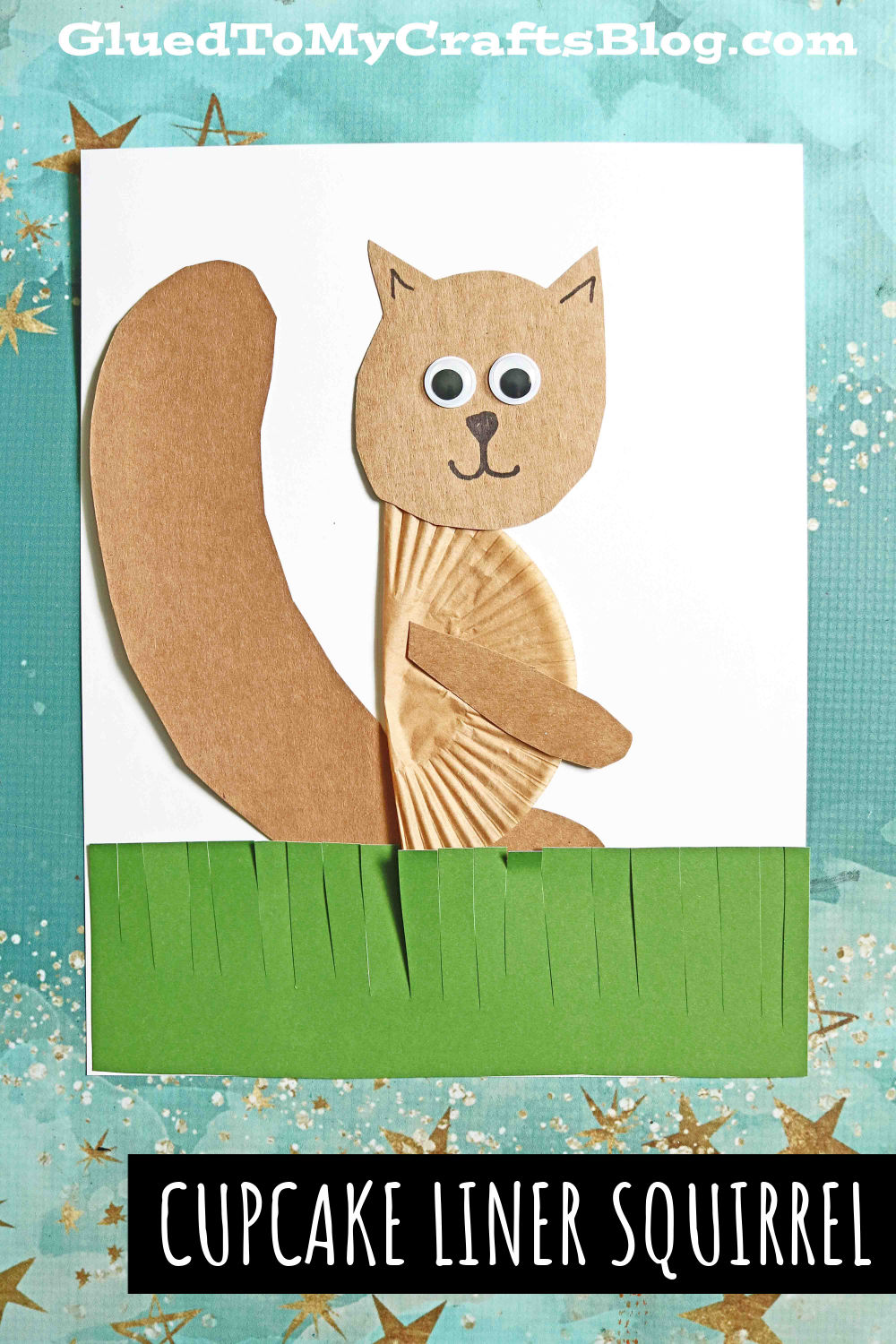 If you are looking for even MORE easy kid craft ideas that go along with children’s books, be sure to check out these fun posts:

Have something to say? Want to show off your cupcake liner squirrel creations? Join the conversation on our Facebook page. We love hearing from YOU!