Save the drama for your mama! Better yet, channel those thoughts into this crafty Craft Stick Llama Puppet idea instead!

No PROB-LLAMA when it comes to pulling this idea together! #gluedtomycrafts 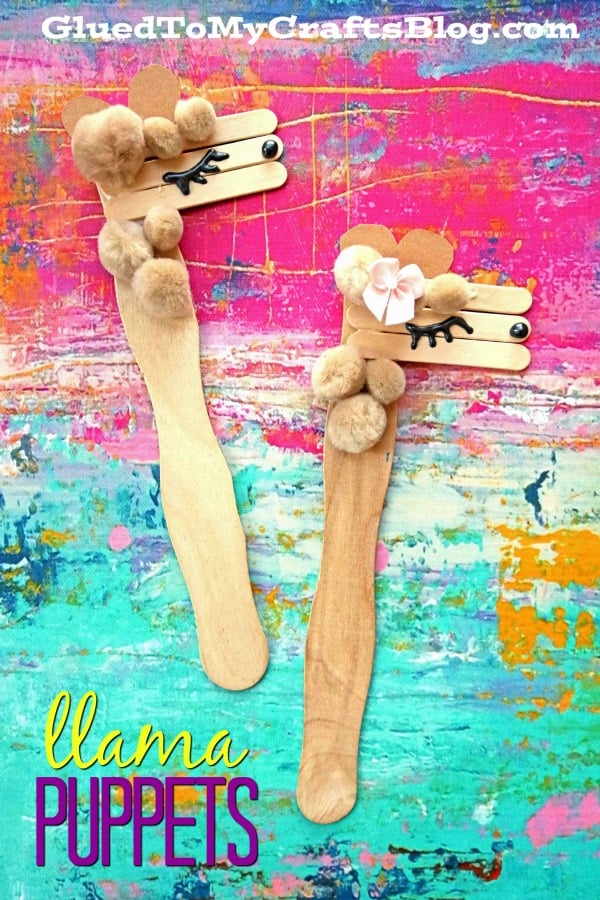 When the inspiration hits, it really hits good at Glued To My Crafts! I saw this llama themed bookmark in a Michael’s flyer I’ve been hoarding for quite some time and today I decided to put that idea to the test & recreate it in my OWN way!

After some experimenting and trying some different materials in my craft stash, I came up with these Craft Stick Llama Puppets! I seriously LOVE how they turned out!

You can recreate your own and have some fun puppet play with your child today, by checking out our full step-by-step tutorial below!

PAIR YOUR LLAMA PUPPET MADE FROM WOOD STICKS WITH —> Stuffed Crinkle Paper Llama Craft Idea For Kids To Recreate!) * First grab your popsicle sticks {one wavy and three mini} Glue them together {using my picture as example} to look like the neck and head of the llama. Set aside to let it dry completely before moving on {this is VERY important!} Repeat for each puppet you want to make.
* Next grab your tan pom poms. Go ahead and glue them onto the popsicle stick shape to give the look of the llama’s hair {use our picture for example}
* Now you are ready for the llama’s ears. Grab the tan cardstock and cut out two oval ears. Glue them to the back of the popsicle stick shape.
* Finish off the Popsicle Stick Llama craft by drawing on eyes and a nose on the popsicle stick shape. Then set in an undisturbed area for it to dry completely, before displaying/playing with proudly!!! 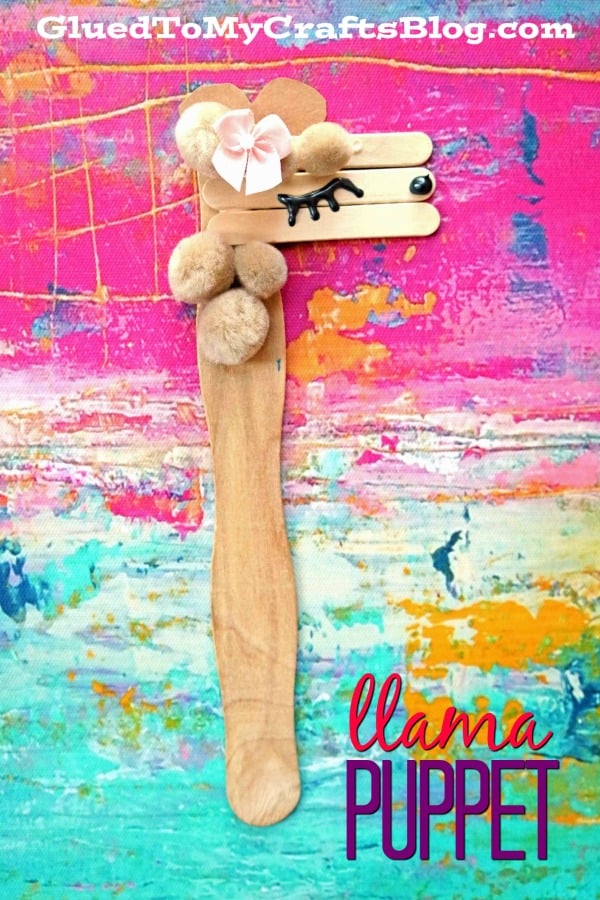 “Llama” just say – I think this craft idea is fabulous and we hope you recreate it today!