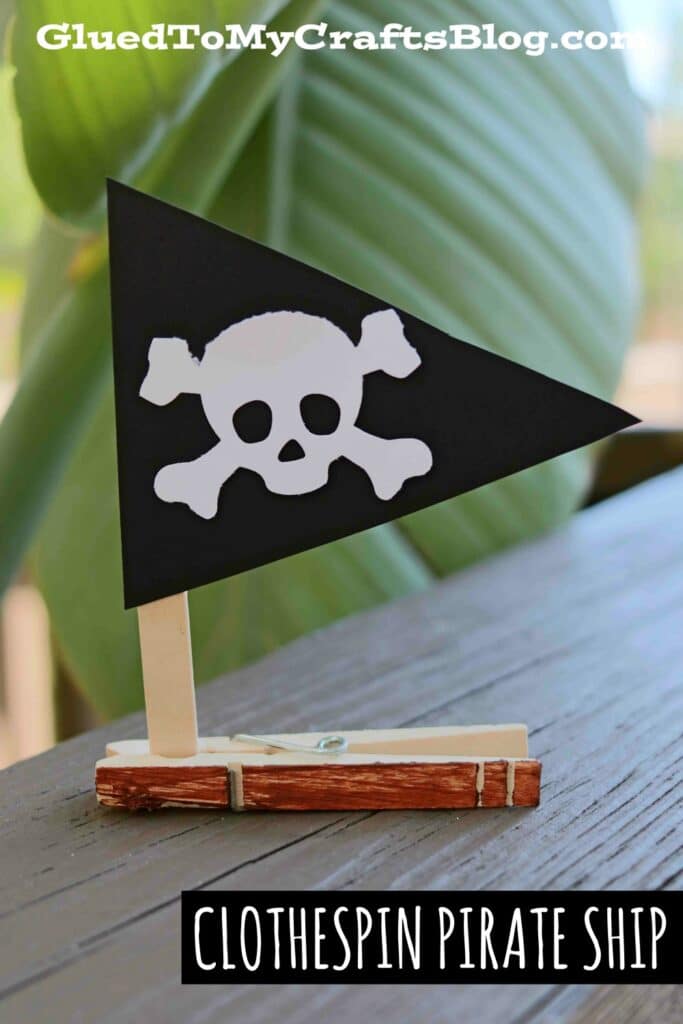 Ahoy, matey!!! Are you ready for another simple kid friendly craft on the Glued To My Crafts blog? Well let’s batten down the hatches and check out this fun Clothespin Pirate Ships tutorial – shall we?

With simple inexpensive supplies and literally three steps – it’s doesn’t get ANY easier than this! If you can “pinch” a clothespin, you can make this tutorial in no time!

Well shiver me timbers – let’s get to it! Today’s DIY is the perfect craft for those young pirate lovers and it’s sure to get you in the mood of talking and acting like one too! So put everything away on the “ship” and tie everything down because a storm is brewing in the craft world! You can find everything you need to know, in the full tutorial below!

Happy crafting my creative lads! Don’t forget to share pictures of your clothespin pirate ships with us on Facebook! I can’t wait to see what you come up with! #gluedtomycrafts 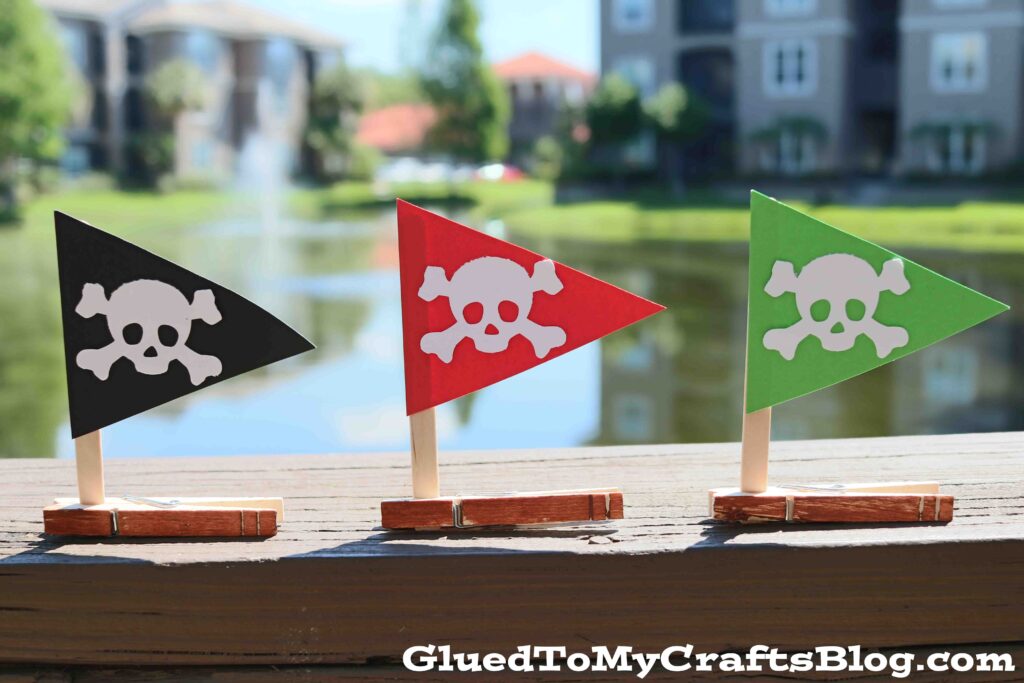 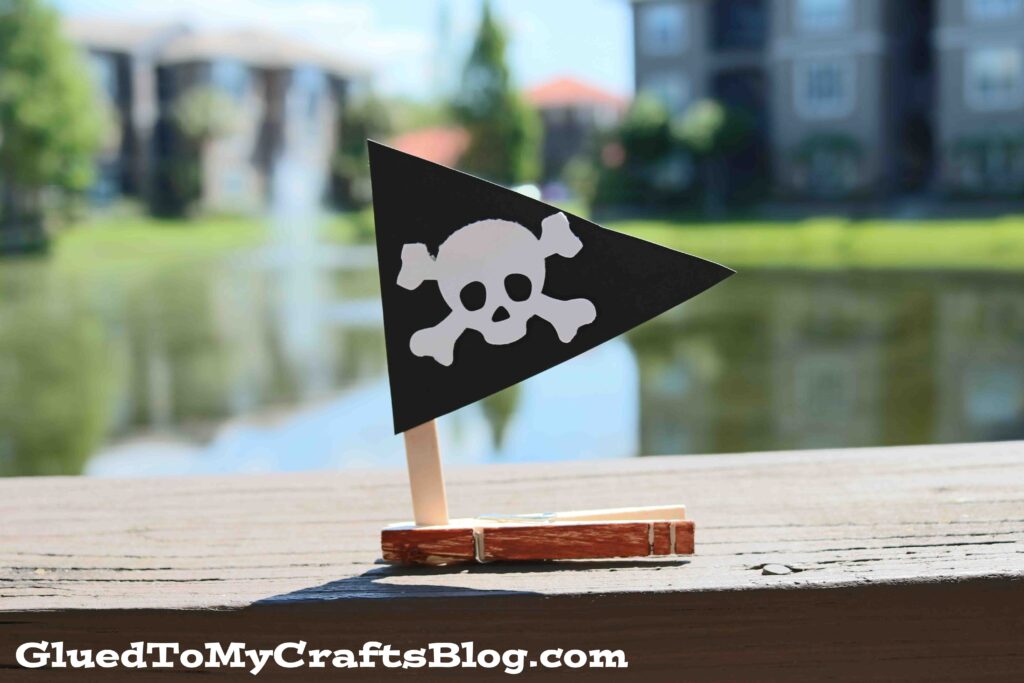 * First paint your popsicle stick and clothespin brown. Simply squirt some brown craft paint on the paper plate and use a paint brush.
* Set it aside to let it dry a bit.
* Repeat for each pirate ship you are making.
* Next up – the BUILDING of the shop! Assemble the base of your pirate ship by pinching the popsicle stick in between the clothespin.
* Again, repeat for each pirate ship you want to make.
* To finish off the Clothespin Pirate Ships craft, have children cut/glue a large triangle cardstock flag to the popsicle stick.
* Then add other embellishments {like the skull design we did} before playing and/or displaying proudly!!! Are you by chance looking for another pirate themed craft to pair with today’s post? Check out our Popsicle Stick Pirate Flags and Handprint Pirate Gnome posts for more inspiration from Glued To My Crafts!