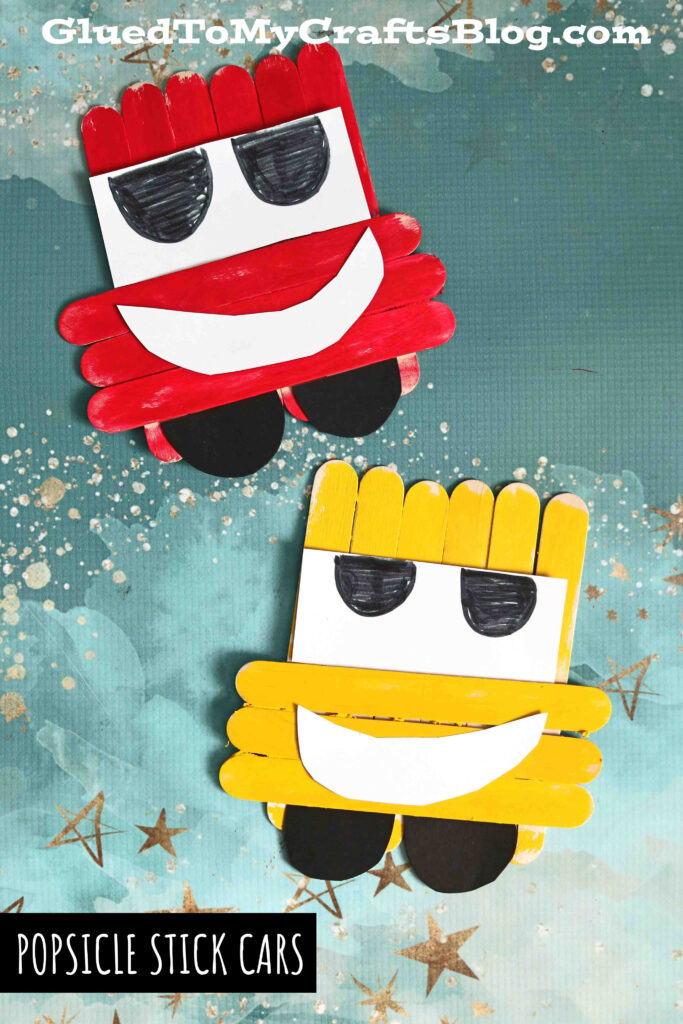 Do you have a Cars fan in your home like I do? Boy are you in a real treat with our latest Popsicle Stick Lightning McQueen and Cruz Ramirez kid craft tutorial!

Yesterday my lil man and I were lucky enough to be able to attend the Disney·Pixar’s ‘Cars 3’ Tour that recently stopped here in Tampa, Florida. {Be sure to check out THIS site to see if it’s stopping near you as well!}

Since my son is ALL about cars and trucks these days {and at one point Lightning McQueen was his obsession as well} we HAD to check it out and boy did it not disappoint! After all the fun we had and the sneak peek we saw, we can’t wait to see it in theaters June 16th!

So what are you waiting for? Let’s REV up those engines and get ready for some lightning-fast craft time with these craft stick cars!

Happy crafting, my friends! Don’t forget to share pictures of your Cars franchise inspired creations on our Facebook page to admire today! I can’t wait to see what characters you decide to make! #gluedtomycrafts 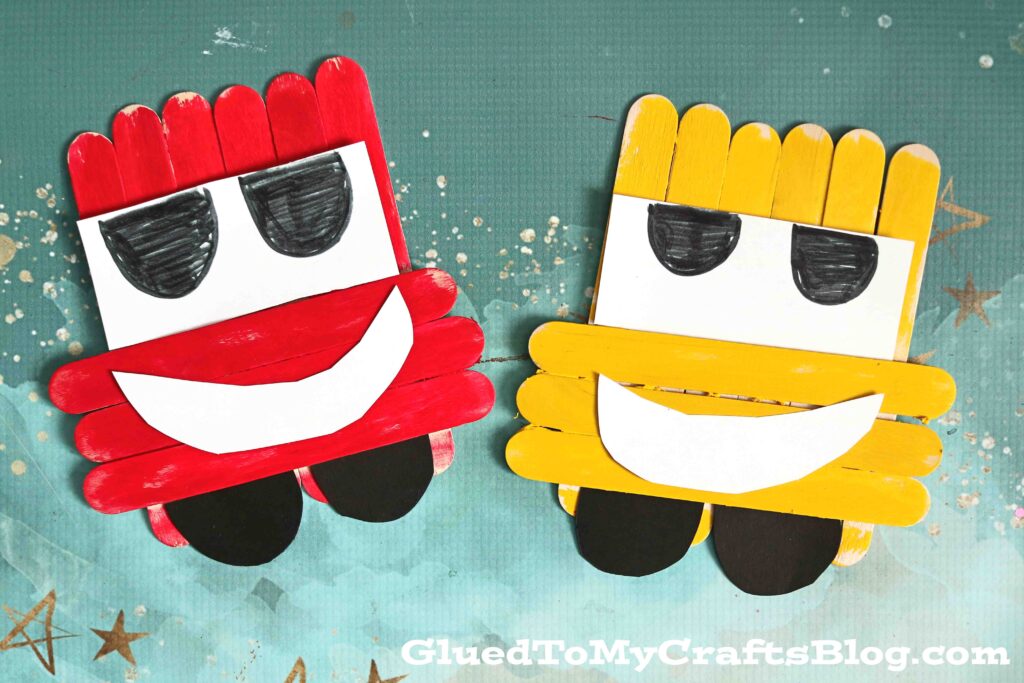 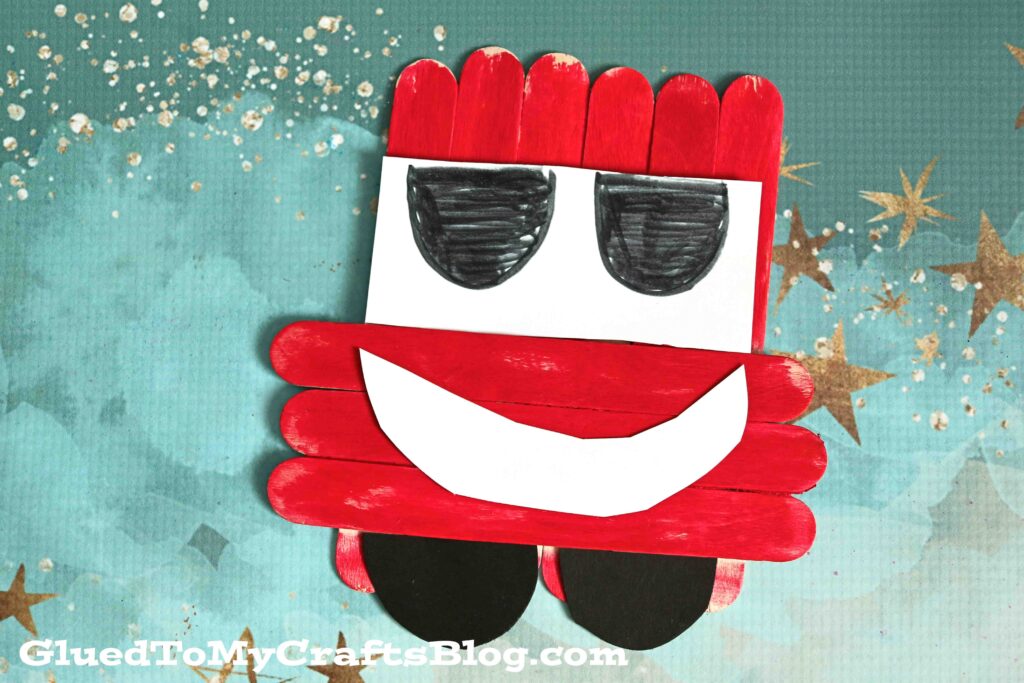 * First grab your NINE popsicle sticks and glue. Lay SIX popsicle sticks next to each other in a line.
* Grab the remaining THREE popsicle sticks and glue them the opposite direction to create the body of the car.
* Set aside to let it dry completely.
* Once those are dry, have children paint their popsicle stick shape however they like. We did a basic red for Lightning McQueen and a yellow for Cruz Ramirez.
* Again, set those aside to let them dry completely.
* Now grab your pieces of colored cardstock.
* Cut out eyes {a window shape with black marker dots} and a smile out of the white cardstock.
* Then cut out TWO wheels from the black for each car.
* To finish off the Popsicle Stick Cars, glue the cardstock pieces in place as well as any other embellishments you see fit {think rhinestones, glitter, paper flames etc.
* Then display or play with your cars proudly for all to see! 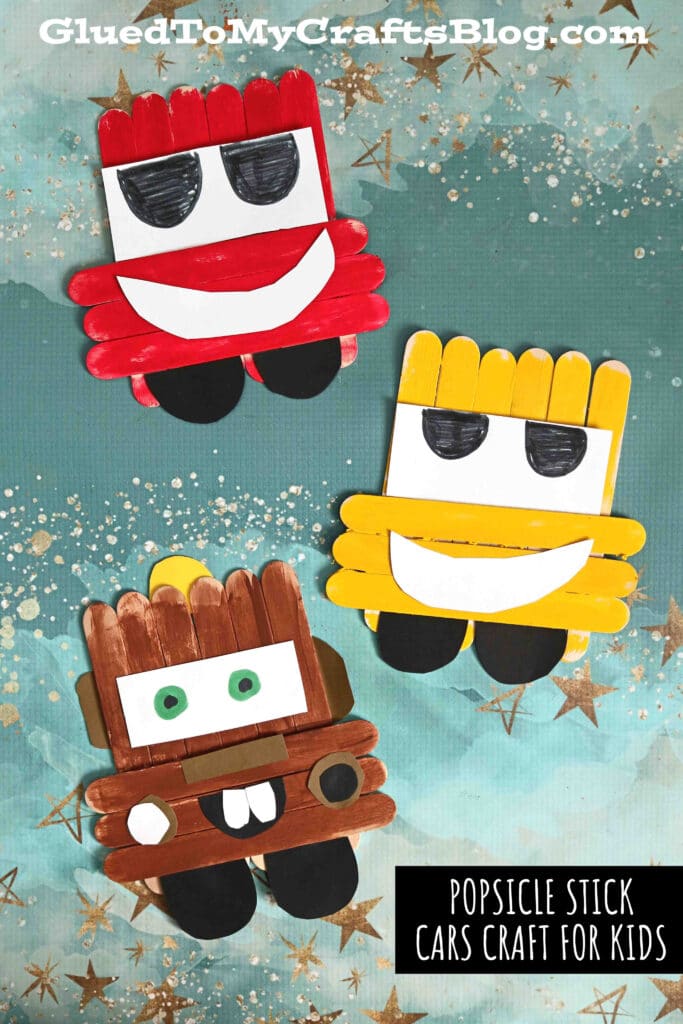 Don’t you just love our Cars 3 themed craft idea? Be sure to check out our Popsicle Stick Monster Truck post for another fun idea to pair with & recreate today! #gluedtomycrafts