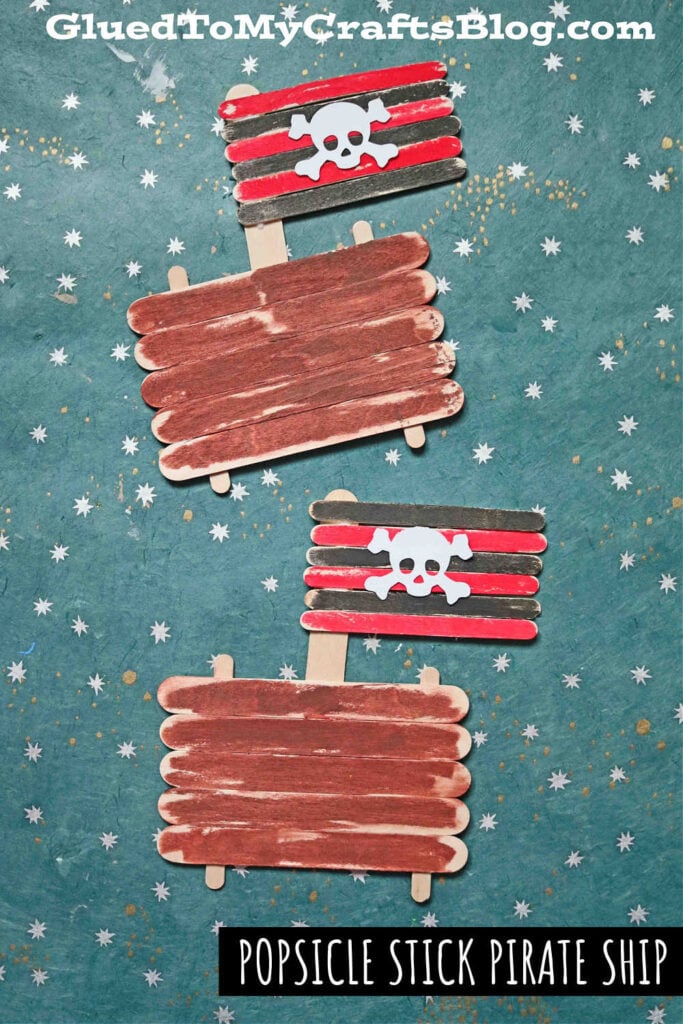 Ahoy, my crafty mates and pirate lovers!!! Are you ready for another “shiver me timbers” kid friendly pirate craft tutorial?!

Last week I shared our Popsicle Stick Pirate Flag tutorial and it was a BIG hit on the blog. So to keep the fun going on around here, today we are taking that same concept from before and building off of it to make a pirate ship! It’s a super fun kid craft that is sure to inspire and be loved by kids of ALL ages! Not to mention – it’s super easy and really inexpensive, so parents will love it too!

So let’s batten down the hatches and check out this fun Popsicle Stick Pirate Shop tutorial – shall we?

Happy crafting lads!!! Don’t forget to share pictures of your finished craft stick pirate ships on our Facebook page wall, so we can admire your hard work from a far this summer season! #gluedtomycrafts 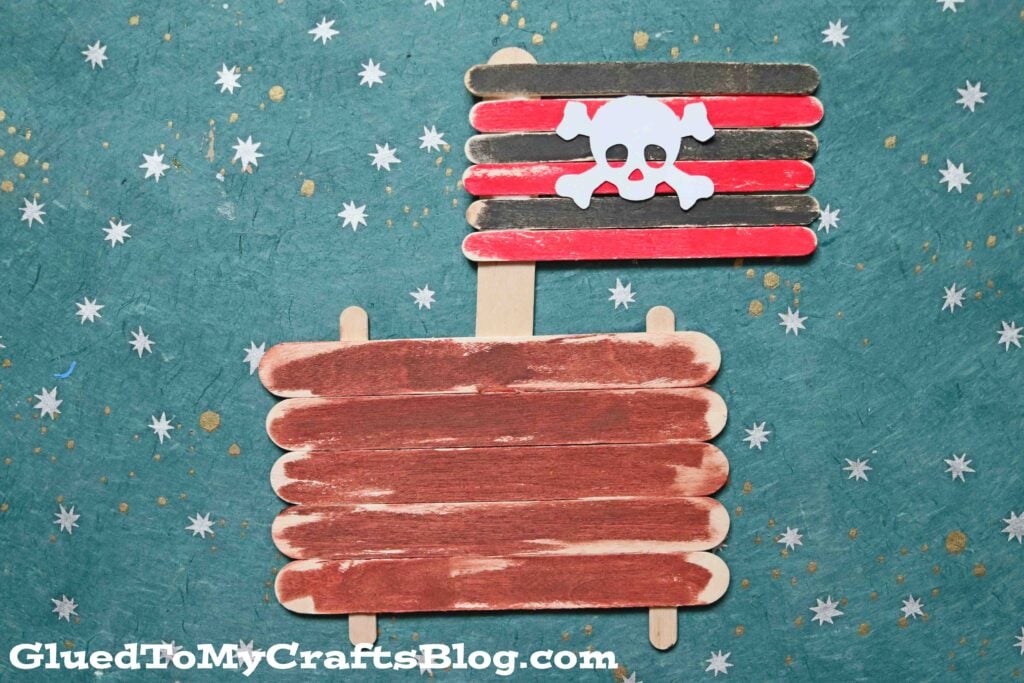 * First assemble the base of your ship by gluing together a basic popsicle stick frame/fence {5 jumbo sticks laid next to each other and two regular size popsicle sticks, one on each side, to anchor everything together}
* Next glue down the jumbo popsicle stick to the center of the boat to create the flag pole.
* Finish it off by gluing six popsicle sticks in a line, to create a flag from the flag pole.
* Set it all aside to let it dry completely.
* Now grab your paint and add your personal touches. We did the boat in brown and did the flag in a black/red alternating pattern.
* Set aside to let it dry completely.
* Once dry, grab your white cardstock and punch/cut out a pirate skull design from it.
* To finish off the Popsicle Stick Pirate Ship craft, have children glue the cardstock piece in the center of the flag.
* Then display proudly!! Here is another fun pirate ship themed kid craft to round off this post – a Paper Plate Pirate Ship! All we did was cut a large paper plate in half, cover it in tan tissue paper squares and added a handprint flag cutout to really give it a nice special touch! Again – super simple and really inexpensive!!!

If you are looking for even MORE easy popsicle stick kid craft ideas, from Glued To My Crafts, be sure to check out these fun posts listed below.

And “if” you decide to make our Popsicle Stick Pirate Ship kid craft, please share a picture on our Facebook page or tag us on Instagram with #gluedtomycrafts for us to see. We love seeing our inspiration come to life!